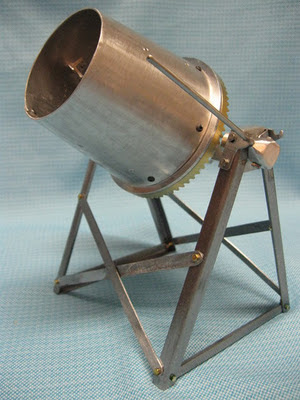 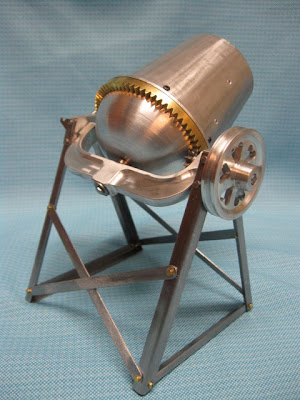 October 30 2011 marked the completion of a model cement mixer. It was pleasant change after building several model engines. The inspiration to build it came from a plan that Rudi Kouhoupt had published some years ago. Although this model resembles Rudy's mixer. I did not follow his plan, and this one is about 25% smaller, and several construction details changed. This model ended up about 6 1/2" high as can be seen in the picture below. 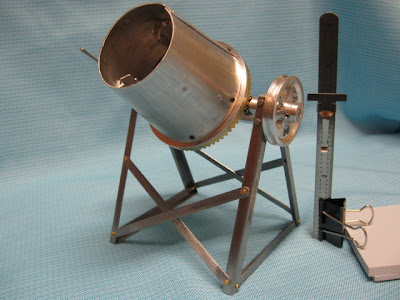 Friend Mike Nay suggested that the mixer needed a companion wheel borrow to go along with it. About 4 days later it had that companion. With no prototype to copy it was built from memory, of ones seen in the distant past. 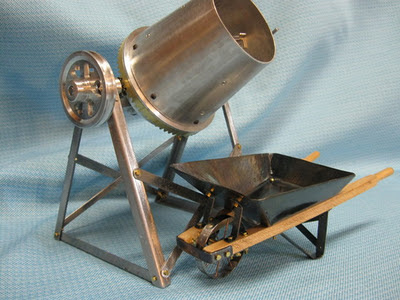 As a point of interest the ring gear was machined from brass plate and then parted off. 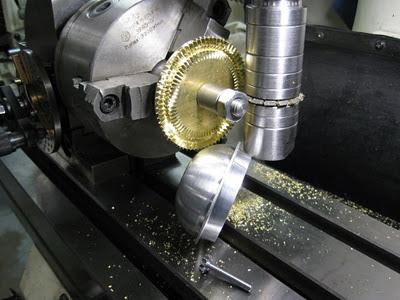 The bowl was machined from a solid piece of aluminum. All of the flat sheet metal parts for the mixer and also the wheel borrow were cut and formed from the sheet metal off an old washing machine .
Posted by oldmech at 12:12 PM No comments: 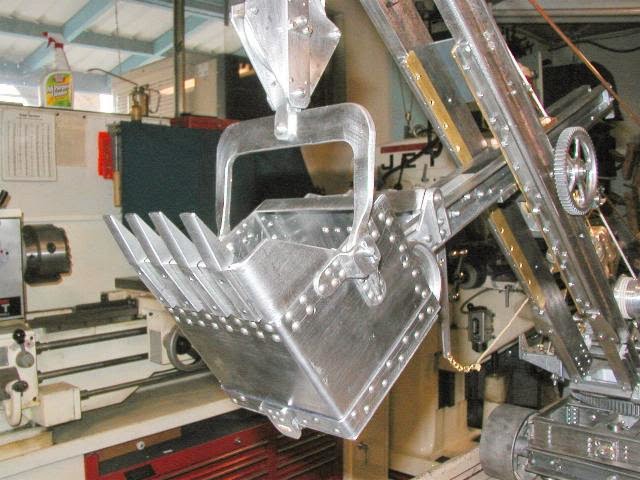