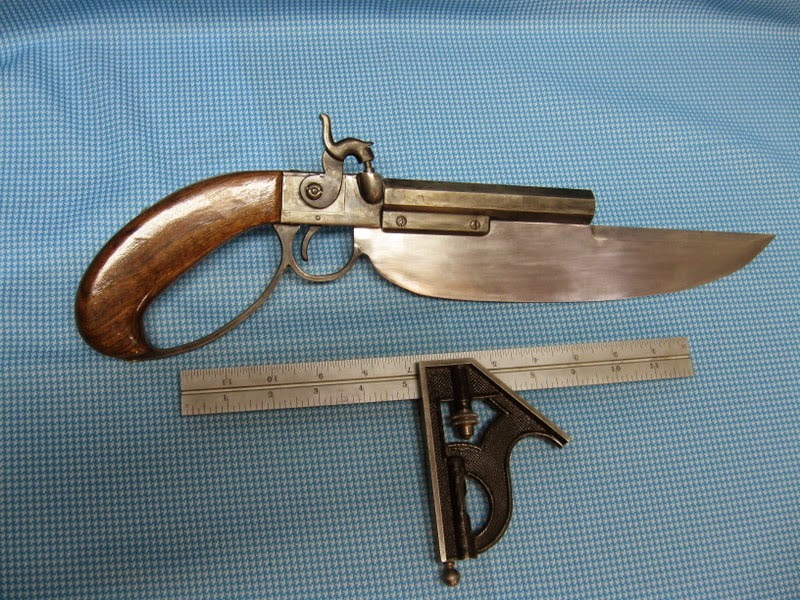 For something unique and different this time I made a replica of an Elgin Cutlass Pistol. They were invented in 1837 by George Elgin, at a time when close combat was often with the use of knives, or swords. Adding a gun seemed like would be quite an improvement. The US Navy purchased 150 of them, and some were issued for use in the 4 year Wilkes South Pacific Exploring Expedition.
They were the only pistol to ever be fitted with a knife, and the first to use a percussion cap, which gives them some historical significance. However the small number manufactured, is probably a testament to their usefulness in combat. 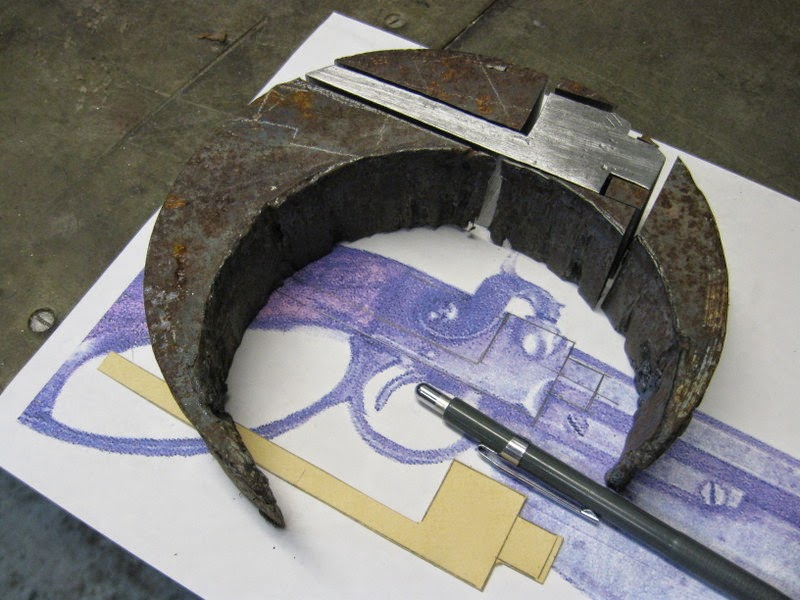 Construction started by finding some good pictures of the pistol on the Internet, then enlarging them to the full size to be used as patterns. The main frame was cut out of the ugliest scrap I could find. Actually the only one I had with enough mass to it. 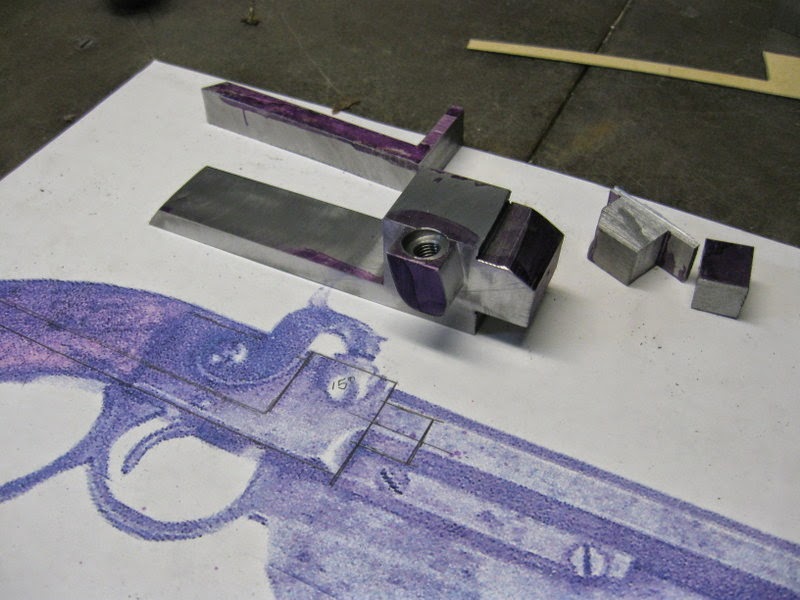 Bits and pieces were slowly pared away to get down to the desired size. 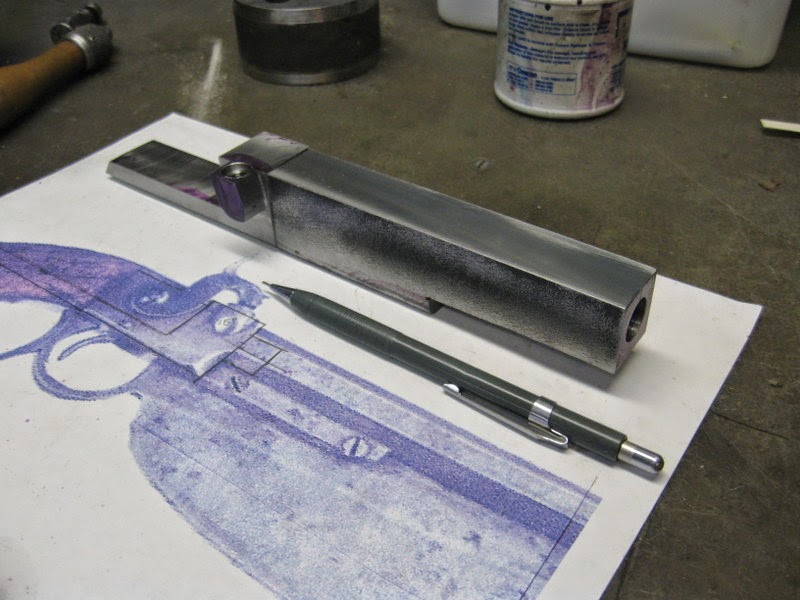 The barrel simply started as a strip of 7/8" steel plate. This pistol was a smooth bore, so it only required drilling it out to .540" (54 Caliber). Lot of chips milled off to get it to octagon shape. 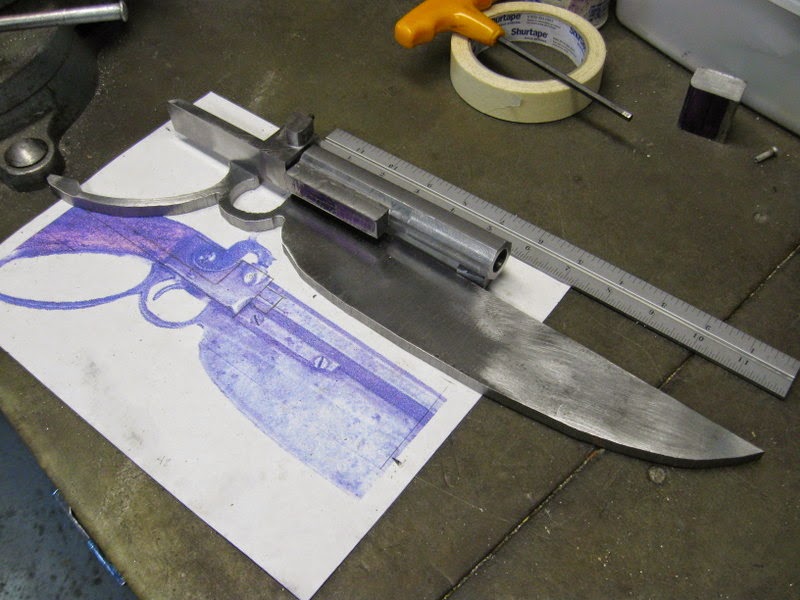 The blade was sawed out of 11/32"plate. That was too thick for the blade, but needed to be about that thick to look right for the knuckle guards which are integral. 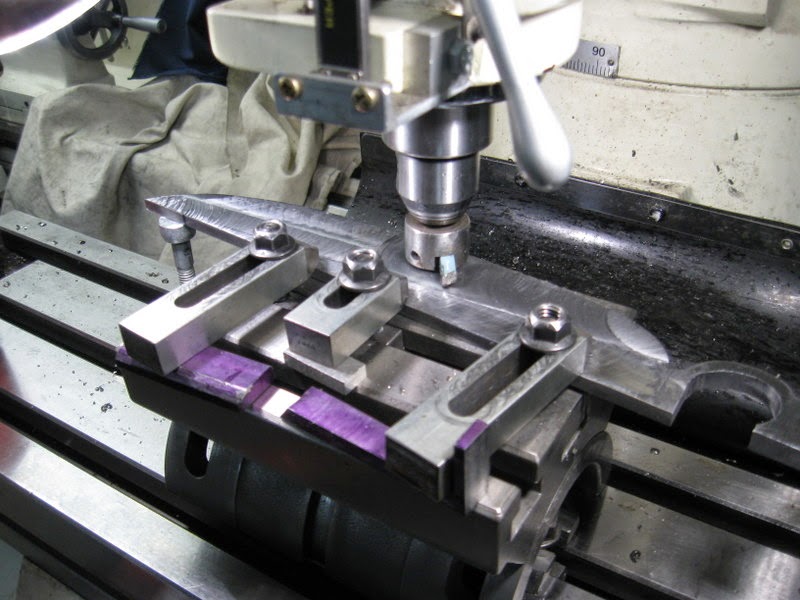 The excess thickness was milled off the blade in the milling machine using a fly cutter. Not a very efficient way of manufacturing, but OK I guess for a one of a kind replica. It got the job done. 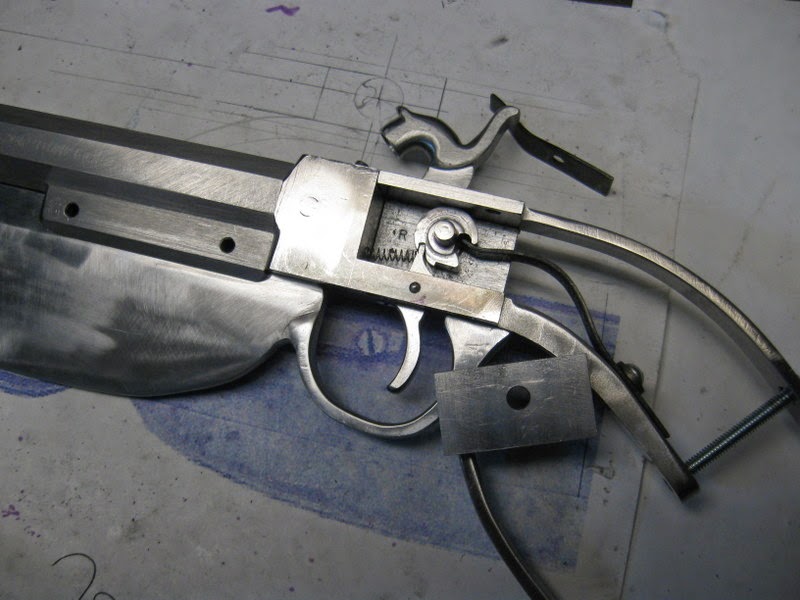 The lock parts were hidden from view in all pictures, so I had to guess at what they looked like. You see what I ended up with in the above picture. It works good and that is what counts. The main spring was cut from a piece of 2" wide x .048" thick heavy strapping or banding material. At first it was too soft so it was hardened and tempered. Now it works fine. 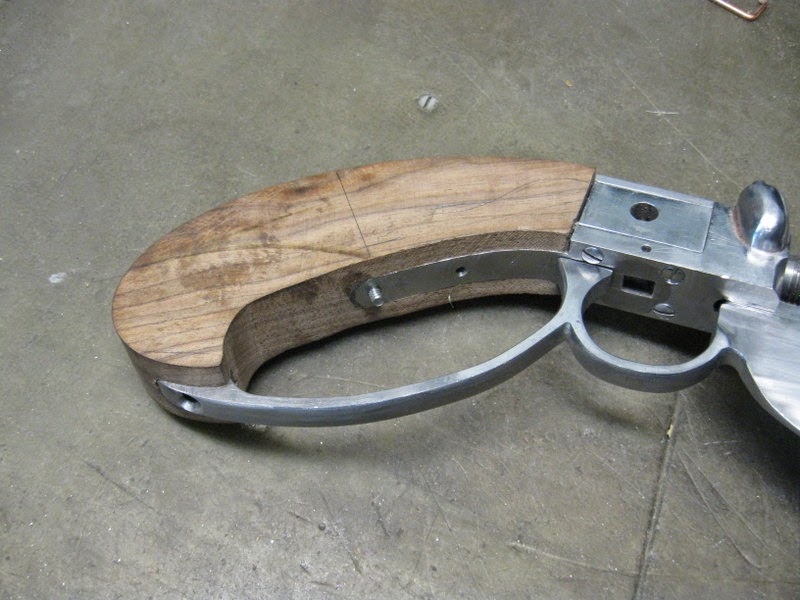 The handle or grip was carved out of a piece of walnut.
Finally this morning after being under construction for a month it is complete and ready to be placed on display, as shown in the first picture of this posting. Although probably not the best fighting weapon, hopefully it will be a good conversation piece.